Finally, I’ve finished reading Changes, by Ama Ata Aidoo. It took me quite a while to finish the novel, I can tell you. And not because it was not interesting. far from it. Changes captivated me. I guess it was deliberate on my part; I just could not bring myself to finish it because I felt I could not review Changes. You see, I know Ama Ata Aidoo personally, well we have a working relationship and we go back a long way. I had worked for her in her NGO, Mbaasem Foundation for a couple of months and I had facilitated workshops for her, as well as participating in other workshops with her. She is an icon and just how do you go about reviewing the works of such a person?

But review it I must since I selected Changes (West Africa – Fiction) for the Africa Reading Challenge hosted by Kinna Reads.

I might add that this review will take a different turn. In that, Ama Ata Aidoo is noted for celebrating feminist writings so I will analyse her female characters in Changes. So here we go, in no particular order:

Esi Sekyi
Esi Sekyi is portrayed as a modern career woman, educated, financially independent and liberated who is dissatisfied with her marriage because as she puts it, her husband Oko does not give her space and make demands on her time. Esi is desperate enough to leave her marriage in order to build up her career as a statistical analyst. Ironically and sadly, Esi gets the space and freedom she craves but realises that these are not enough to give her happiness. Her second husband, Ali Kondey a suave and handsome business man, who makes her his second wife, has other interests apart from her and she comes to the sad realisation that material comforts are not a substitute for a warm bed. Also as she confides to her friend Opokuya, she is even passed over when it comes to promotion at her work place because it is a man’s world. But Esi is strong and she accepts the situation; she does not go back to her ex-husband and life goes on.

Opokuya Dakwa
Opokuya, a nurse is Esi’s best friend who is happily married (or at least mostly cheerful about her marriage) with four children. As two friends, they meet and share their problems or rather Esi listens to Esi’s woes about Oko and then Ali. Opokuya’s part in the novel is to serve as a foil for Esi. She is all that Esi is not; fat, jolly, takes life easy, has more children than Esi who has one child and does not want more. Opokuya’s job is not as glamorous as Esi’s, who travels outside the country for conferences and is thus more exposed. Opokuya also has the misfortune of not having her own car and having to wait on her husband Kubi to let her have the use of the car at his convenience which is almost never. As best friends go, Opokuya is reluctant to voice her strong objections to Esi’s marriage to Ali; and she keeps quiet knowing that sooner or later, things will come to a head.

Fusena
Fusena is Ali Kondey’s wife whom he had met while in Training College. Although a budding Teacher who would have wished to further her education, Fusena had to put her ambitions aside to make a home for Ali and the three children she gives birth to. Ali had made it clear to her that there was no need for her to even go back to teaching. He had assured her that she would lack for nothing in the marriage. And like the obedient wife and Muslim that she was she had obeyed him. However, buried deep behind her acceptance of her situation is a feeling of unhappiness and incompleteness, thus when Ali tells her of his desire for a second wife she asks him before he could even complete the sentence “she has a university degree?” (pp118). interestingly, the character of Fusena poses an interesting contrast to that of Esi in that while there are similarities in the conflicts they face, the choices they make are radically different. In the end, both are not fulfilled as Esi gets her freedom but at a cost to her marriage to Ali; while Fusena gets the man she wants, loses her ambition and has to share her man with another woman and possible concubines.

Nana
Nana is Esi’s grandmother and she is a strong woman full of the truth about hard facts of life for the African woman. She also serves as a tool for bringing out the African cultural perspective about marriage and the role of the wife.

“you are asking me whether you should marry this Ali of yours, who already has got his wife and become one of his wives? Leave one man and marry another. What is the difference? Besides, you had a husband of your own, no? You had a husband of your own whom you have just left because you say he demanded too much of your time. But Esi, tell me, doesn’t a woman’s time belong to a man? My Lady Silk, that one is a very new and golden reason or leaving a man………..But remember, my lady the best husband you can ever have is he who demands all of you and all of your time. Who is a good man if not the one who eats his wife completely, and pushes her down with a good gulp of alcohol?” (pp132-133)

In Changes, Ama Ata Aidoo raises a lot of questions about the identity of the African woman in finding herself in the marriage context. Must the contemporary educated African woman lose her identity or submerge her identity, in order to find happiness in marriage? Esi resented her husband’s demands on her and she leaves him when he ‘rapes’ her. Is there anything like marital rape in the African marriage? How does an African man cope with the success or achievements of his wife especially when she earns more than him? Is this the basis of Oko’s insecurity, leading to his need to be the man and dominate his wife, in the eyes of his friends, his family and in his own eyes, culminating in his ‘rape’ of his wife?

Although Changes was written about two decades ago, as a love story (the author claimed that she wrote the book as an eating of words since she had said that love stories were not serious issues – paraphrase mine) the issues raised in the novel transcends a mere love story and they are as contemporary as ever. The language is simple, with a glossary defining words and phrases described in the vernacular. The narrative also unearths much about the cultural and societal norms of the people of Ghana. Changes is also a well researched novel, portraying the author’s in-depth knowledge of the settings and places described in the novel. 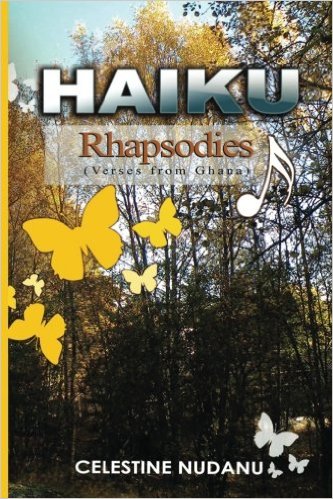 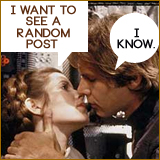